So if you want to see them through your own eyes and not through documentaries, books... You may have still time to go there and take a last glimpse and maybe a last picture.

The Forbidden City is half a millennium old where 24 chinese emperors lived from 1420 to 1923 and it is declared by UNESCO a World Heritage Site in 1987. With more or less 7 million visitors a year, some sections are in renovation until 2020 normally.

Built originally by an army of workers in 14 years, most part of the city has been built in the 17th century after various ransackings and fires. The Gate of Heavenly Peace, the Gate of Supreme Harmony are both sections worth to take a look inside this scale and harmony impressive city. 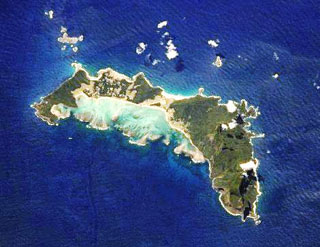 The island is a treasure for every fan of nature but, in spite to be a protected place and declared a World Heritage Site in 1982, it is threatened by oil, chemical water pollution and ground water pollution from sewage management.

This island, located in Australia, has seen its species reduced more than half during those past years due to hunting from humans and since it is protected, more than 130 bird species (residents and migratory ones) can live in peace.

Only 400 tourists are allowed at a time to get in where 75% of the island is a permanent protected nature reserve. You will be able to see one of the world’s rarest birds, the Providence petrel, living close to the summit of Mount Gower and since it trusts so much of humans, it can land to your lap and over the tropical forests of the northern hills live the beautiful red-tailed tropic bird, with its elegant red tail streamers. 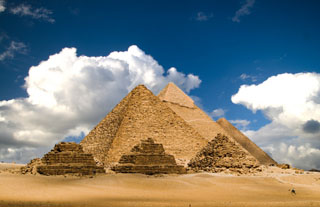 They were 7, all considered as 7 wonders of the ancient world, and now only 1 is still standing, pyramid of Cheops and it is declared by UNESCO a World Heritage Site in 1979. Located in the egyptian desert, it is now difficult to see this largest in a trio of incredible royal tombs near the Sphinx without to be very close because souvenir shops, tour touts and taxi drivers surround the entrance to the pyramids of Giza without taking in consideration the pollution of Cairo at the edge of the archaeological zone.

Built in 27th BC for 3 pharaohs of the 4th dynasty, the great pyramid of Cheops, the medium second pyramid of Chephren and the little red granite third pyramid of Mycerinus, they were designed to imitate the rays of the sun shining down from its zenith. 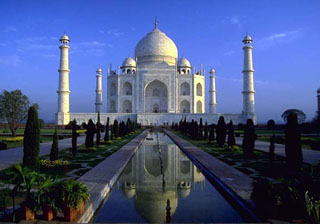 The government plans to close this 17th century beautiful white mausoleum considered by UNESCO a World Heritage Site in 1983, built by Shah Jahan (5th emperor of the Mughal dynasty) for his wife Mumtaz Mahal, because of the air pollution, created between 3 and 4 million tourists each year, which eats away its white stone facade - the first restoration has been done in the 19th century by the british Lord Curzon because of its badly deterioration.

Before to take so drastic measure, they increased the entrance ticket but it didn’t prevent more tourists to come. I am afraid that from now on, we will see this very nice center onion dome with its 4 smaller domes, its slender minarets and its pool with binoculars.

Started in 1641, the building finished 22 years later with 20000 laborers and with the help of oxen and elephants – the marble came from Rajasthan considered like the most precious stone from all over Asia. In spite of the high constant risk of flooding, Shah decided to build Taj Mahal beside the Yamuna river because it was there he saw the first time Mumtaz selling jewels in the market of the Tajganj.