It was a great show, only 4 people were competed today and only 1 won the race. If you were not here to see the final, the 4 pilots were:

Everything started in 1919 when Pierre-Georges Latécoère created his airplane company by buying french bombers (Bréguet XIV model) and adapted them for the postal air transport. By this way, he inaugurated the first flight between Toulouse (France) and Barcelona (Spain).

And now, those first small planes made of wood and fabric have been changed to big planes made of steel and fabric and for majority of us, the favorite way of travelling but also to transport goods to great distance and speed. 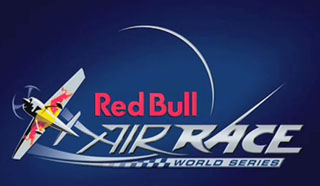 It was not before 1992 that the city started to do exhibitions of radio-controlled flight and its success has pushed the participation of the Aero Club Barcelona-Sabadell in this spectacle the following year. Years after years, this event grew up so much that other organizations and companies have been involved as the spanish air force, the french air force, international civil and military participants… Just to let you know that before this date, the exhibition consisted of kites only.

What you can see in the fira and airport of Sabadell ???

A lot of planes as you can guess but particularly models as:

And of course acrobatic, parachute… spectacles.

But the big event is the Red Bull Air Race which should start on october 3rd at 13h until 19h and the final, the next day at 17h.

15 pilots will compete against the clock in a circuit built by inflatable pillars. They will get penalties if they will take wrong angle, touch pillars, pass too high or too low for example. The 4 slower have to compete again and the one who will do the best time will pass the next tour.

The 12 of the 2nd tour will flight and only 8 pilots can go to the next tour called “Super 8”. At the end, for the final tour called “Final 4”, only 4 pilots can pretend to get the first podium. The winner will be announced just after that all of them will have completed their round.

Except for the score that each pilot will get, the one who will do the best time will get an extra point. 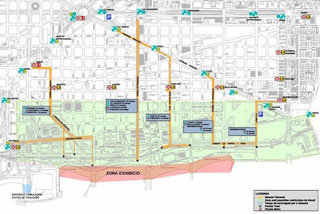 For the fira and airport of Sabadell, you have to go to its official website to print the free invitation and of course, you will find all needed information.