The flat is managed by a kindly woman who possesses more than ones distributed around the city but we choose this one because it is very close to the downtown. It took us around 15 minutes walking from the flat to Central (downtown). Fortunately for us, the weather was sunny, we got only 2 bad days. Some people may say that 2 weeks in Hong Kong are too much but since it was the first time for my girlfriend, it is a perfect schedule. 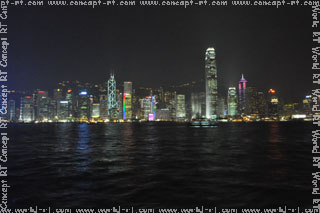 The city itself doesn’t change a lot since my last time – Central, Kowloon, Peak, Wan Chai… areas are still the same with their particular smell of foods in the street, stands to sell natural fruit juice, cake, food, shops selling shoes, shirts, electronic…

Soho is still a great area to spend a wonderful nightlife, full of bars, clubs… so crowded during weekend and still considered for native people a place for strangers. The ferries are still the same and from its harbour, we were able to take boats to go to some islands. The most impacting change is located in Lantau island, around the big Buddha area.

To go there, we have to take a boat for about 1h, after a bus about 45 minutes and when we get off, near the stop bus, they have built a kind of commercial area which didn’t exist last time I came.

For me, it lost its little part of pilgrimage, now the area combines between “business” part and “monastery” part. In some sense, it is not a bad thing too. At least, for people who don’t like monastery food, they have other choices. The new area also includes some shops (art, cloth, stick, jewellery, statue…), a Monkey's Tale Theatre (an amusing animated fable) and a cable car taking us to the metro Tung Chung MTR station.

Except buying things because it is cheaper than Spain, I did enjoy food (which is also cheaper). If you know Spain, you may know that Chinese food is “bad” here (well I don’t like the way they cook) so trying to avoid Mediterranean food, we ate the most often Chinese :-)

About food, for example, a simple restaurant, not the fashion one or the modern one, just a normal one, we could find easily a menu for 5€ - at Barcelona, don’t think to spend less than 12€ normally.

Like I said in the beginning, the city is still great to visit and to have fun. What I like the most is the fact that if you get tired of big and high building, just take a boat for around 2€ and get lost in a small village in one of the islands of Hong Kong.

You may be able to eat something like that, a royal lobster 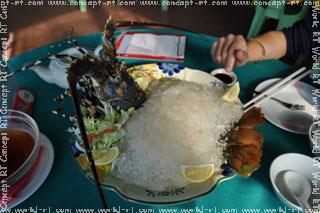 Or to discover an isolated beach in which you need to be a little adventurer. For more pictures, check my photo website Concept RT. 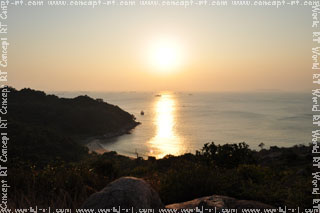