The other alternatives are the train or the flight since it has its own airport and train station. We decided to take the car because we wanted to visit its outskirts and surroundings and not stay all the time in the town although we coincided our vacation with its summer festival which occurs the last 2 weeks of july each year.

Like you can guess, north of Spain is cooler than in south including some cities like Madrid and of course Barcelona. At least, during night time, it is not so hot so you can sleep very well and during day time, it is the same, you can walk quietly without suffering a hyperthermia, the temperature is between 25 and 30 degree celsius. 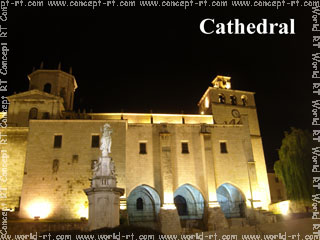 The first thing, which impacted us during the travel, was how the landscape was changing from a grey tone to a green one. The area is very green and it is because it rains a lot in the north, normally it rains once a week and during winter time, it can rain during months without stopping and the temperature can reach easily 0 degree (even colder).

Since it was the festival, there were a lot of activities like house shaped stands where we could eat tapas for 2,50€ (drink included). If not, one tapas cost 1,50€ and same price for one drink. Free concerts at Porticada square and at the field of the Magdalena Palace (some were paying in this place). An amusement park installed especially near the sardinero beach.

Generally, food is cheap even out of the festival season and if you are going to ask a spanish, he/she will tell you that in the north you eat more than very well (in fact it has this reputation). Not because you will have a better food, neither because it is cheaper but because for the same price, you will get double rations and forget about international foods, mainly spanish.

In the morning, there is the market located at "plaza del mercado"(market square), behind the town council, where people can buy fresh products like fruits, vegetables, flowers but also fish and meat. Near the train station, there is a fresh milk machine. 1 liter costs 1€ at condition that you bring your own bottle if not you have to spend 0.50€ more.

No metro so to move in the town, you have to take the bus or the taxi. Alternatively, the town council, like at Barcelona, has put in place bicycle stations but there is one difference and a main one. Indeed, at Barcelona, only persons who have a subscription, can use this service, Santander does the same as Paris, tourists can use it by renting the bicycle with their credit card.

To visit the town, you can take the tourist bus (only in summer) and/or the boat to do a sea tour or to bring you to the other side. Beaches are clean and water is clear and cold but you won’t have problem to swim. We took a boat which brought us to the puntal beach just at few meters from the town and in some villages, mountains are in perfect harmony with the beach to offer us a great landscape - beaches at Cantabria are well reputed to practice windsurf.

The interest points for me are the Magdalena Palace and the lighthouse. The palace was the summer house of the king Alfonso XIII with its park and its mini zoo where you will see seals, penguins and sea lions. The lighthouse is located at the Cape Mayor where you can see (if the weather allows it) the sunset and a great view on the town or let your mind flying until the horizon.

About museums, well we didn’t do much. The maritime museum is the main one since Santander is well known for its navigation history and particularly it can be the famous roman port town called “Portus Victoriae” built in 26 BC. Close to it, there is a shooting stand. Other characteristic of the town is its many parks and gardens where you can enjoy a nicely walk or simply take a nap with the nature around you.

If you have children, you can bring them to the natural park of Cabarceno where animals walk freely (absolutely a car) and near the lighthouse, there are a golf field and a multi adventure park. Of course the theme park if you plan to visit it during its festival. Other interesting thing is the ferry which takes you to and from England (Plymouth and Portsmouth). For people who plan to do the “camino de Santiago” (Saint James' Way), you can find the pilgrim house at ruamayor 7 street near the town council. 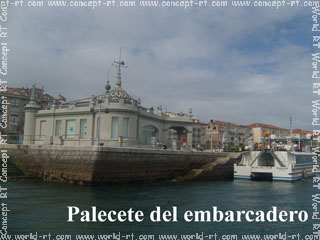 In august, there is the intercultural festival from middle of the month until first week of september located at the sport fields of “el sardinero”. A festival which consists to reunite stands that sell products or represent an association/organization from different countries.

In my opinion, if you plan to visit only the town, you will only need 2 or 3 days maximum but if you are going to do like us, at least minimum 1 week to wander around. Following some places I liked to eat:

About nightlife, I have no recommendation of a particular place. Just go to the “cañadío” square and “santa lucia” street crossing “casimiro sáinz” street. Both areas have a lot of bars and clubs.

One thing you must not miss it is the information point located at the pereda garden near the cathedral and close to the “palecete del embarcadero” (little palace of pier) and try to schedule it between july and august because of the many traditional festivals in the city and around it like its roman festival.